Lorem Ipsum is simply dummy text of the printing and typesetting industry. Lorem Ipsum has been the industry's standard dummy text ever since the 1500s, when an unknown printer took a galley of type and scrambled it to make a type specimen book. It has survived not only five centuries, but also the leap into electronic typesetting, remaining essentially unchanged.

This DOI address is only used in purpose as a demo, you can see the original article here

This work is licensed under a Creative Commons Attribution-ShareAlike 4.0 International License. 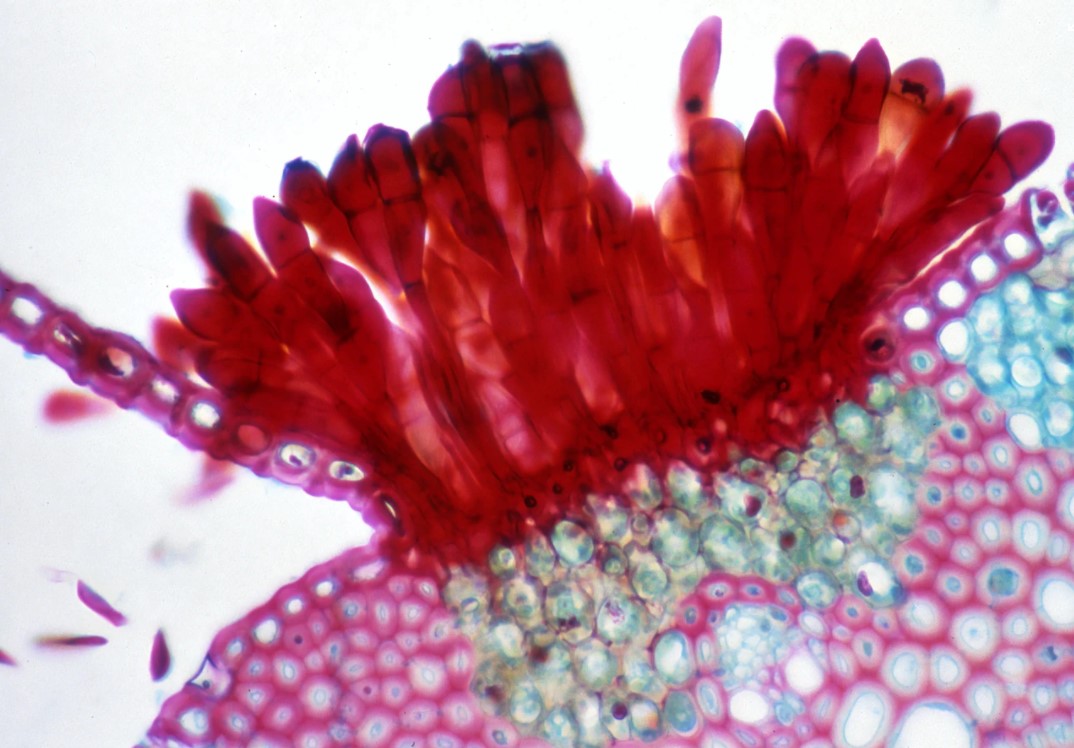 Understanding of the forest - as a politico-administrative unit, a geographic area, and as an ecological unit

Cancer is a group of diseases involving abnormal cell growth with the potential to invade or spread to other parts of the body.[2][8] These contrast with benign tumors, which do not spread.[8] Possible signs and symptoms include a lump, abnormal bleeding, prolonged cough, unexplained weight loss, and a change in bowel movements.[1] While these symptoms may indicate cancer, they can also have other causes.[1] Over 100 types of cancers affect humans.[8]

Tobacco use is the cause of about 22% of cancer deaths.[2] Another 10% are due to obesity, poor diet, lack of physical activity or excessive drinking of alcohol.[2][9][10] Other factors include certain infections, exposure to ionizing radiation, and environmental pollutants.[3] In the developing world, 15% of cancers are due to infections such as Helicobacter pylori, hepatitis B, hepatitis C, human papillomavirus infection, Epstein–Barr virus and human immunodeficiency virus (HIV).[2] These factors act, at least partly, by changing the genes of a cell.[11] Typically, many genetic changes are required before cancer develops.[11] Approximately 5–10% of cancers are due to inherited genetic defects.[12] Cancer can be detected by certain signs and symptoms or screening tests.[2] It is then typically further investigated by medical imaging and confirmed by biopsy.[13]

The risk of developing certain cancers can be reduced by not smoking, maintaining a healthy weight, limiting alcohol intake, eating plenty of vegetables, fruits, and whole grains, vaccination against certain infectious diseases, limiting consumption of processed meat and red meat, and limiting exposure to sunlight.[14][15] Early detection through screening is useful for cervical and colorectal cancer.[16] The benefits of screening in breast cancer are controversial.[16][17] Cancer is often treated with some combination of radiation therapy, surgery, chemotherapy and targeted therapy.[2][4] Pain and symptom management are an important part of care.[2] Palliative care is particularly important in people with advanced disease.[2] The chance of survival depends on the type of cancer and extent of disease at the start of treatment.[11] In children under 15 at diagnosis, the five-year survival rate in the developed world is on average 80%.[18] For cancer in the United States, the average five-year survival rate is 66%.[5]

In 2015, about 90.5 million people had cancer.[6] As of 2019, about 18 million new cases occur annually.[19] Annually, it caused about 8.8 million deaths (15.7% of deaths).[7] The most common types of cancer in males are lung cancer, prostate cancer, colorectal cancer, and stomach cancer.[20] In females, the most common types are breast cancer, colorectal cancer, lung cancer, and cervical cancer.[11]

If skin cancer other than melanoma were included in total new cancer cases each year, it would account for around 40% of cases.[21][22] In children, acute lymphoblastic leukemia and brain tumors are most common, except in Africa, where non-Hodgkin lymphoma occurs more often.[18] In 2012, about 165,000 children under 15 years of age were diagnosed with cancer.[20] The risk of cancer increases significantly with age, and many cancers occur more commonly in developed countries.[11] Rates are increasing as more people live to an old age and as lifestyle changes occur in the developing world.[23] The financial costs of cancer were estimated at 1.16 trillion USD per year as of 2010.[24]

When cancer begins, it produces no symptoms. Signs and symptoms appear as the mass grows or ulcerates. The findings that result depend on the cancer's type and location. Few symptoms are specific. Many frequently occur in individuals who have other conditions. Cancer can be difficult to diagnose and can be considered a "great imitator."[30]

Local symptoms may occur due to the mass of the tumor or its ulceration. For example, mass effects from lung cancer can block the bronchus resulting in cough or pneumonia; esophageal cancer can cause narrowing of the esophagus, making it difficult or painful to swallow; and colorectal cancer may lead to narrowing or blockages in the bowel, affecting bowel habits. Masses in breasts or testicles may produce observable lumps. Ulceration can cause bleeding that can lead to symptoms such as coughing up blood (lung cancer), anemia or rectal bleeding (colon cancer), blood in the urine (bladder cancer), or abnormal vaginal bleeding (endometrial or cervical cancer). Although localized pain may occur in advanced cancer, the initial tumor is usually painless. Some cancers can cause a buildup of fluid within the chest or abdomen.[30]

AAA, FA, AA, BA conceptualized and designed the study, acquired, and analyzed data, interpreted the study results, drafted the manuscript, and critically revised the final version of the manuscript.

No funding was received for this study.

No benefits in any form have been received or will be received from a commercial party related directly or indirectly to the subject of this article.

Availability of data and materials

Further information is available from the corresponding author on reasonable request.

This is an Open Access article distributed in accordance with the Creative Commons Attribution Non Commercial (CC BY-NC 4.0) license, which permits others to distribute, remix, adapt, build upon this work noncommercially, and license their derivative works on different terms, provided the original work is properly cited and the use is non-commercial. See: http://creativecommons.org/ licenses/by-nc/4.0/